Rendang, the world best food (according to CNN travel), is the next food from heaven after manna and salwa (Al-quran 2:57) according to me 🙂

The  CNN travel site says that the beauty of rendang comes not only from its taste, but also with simple recipe. The recipe might be simple, but I assure you the way of making it is more than meets the eyes.  I used to help my grand mother to cook rendang, she cooked with the traditional way: firewood and super huge frying pan.  When I say making the real rendang is more complicated than you think then I know what I am talking about.

The article in wikipedia gives a good general description of what rendang is, and as a minangnese I approve this article 🙂

Wikipedia says that rendang possesses antimicrobial properties such that it can maintain its taste and healthy for a month without putting it in the refrigerator. And, again, as a minangnese, I confirm this statement. In fact, when my brother and I were studying in the university, rendang sent by our mother was still good after three months (and six months if it was put in the refrigerator).

Here, I present you the half-end process of making rendang (1kg beef) on last 26 July 2016 . This was my exercise before making the real one for Idul Fitri 1435H. 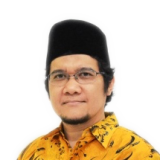 my parents said that, rendang is a minangnese warrior’s / soldier’s / perantau food sire, for it’s known as a long lasted food on the battlefield

This site uses Akismet to reduce spam. Learn how your comment data is processed.